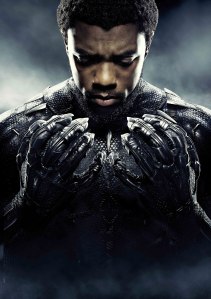 We lost a real life superhero, Chadwick Boseman. He was diagnosed with stage three colon cancer four years ago keeping it private with his family. He continued to act in a plethora of films including his iconic recurring roll of King T’challa. Chadwick Boseman’s filmography is huge with a wide range of films all the way from ’42’ (A Sport film) to ‘Marshall’ (A Historic Film) and everything in between like Da 5 Bloods (A War Film) and crime tv shows.

Many kids admire and want to be superhero’s but realize as they grow up it is impossible to have super powers that make us stronger, faster, or fly. I was reflecting on Chadwick Boseman’s acting career and realized he has shown not only kids but adults that it is still possible to be a superhero without super powers. 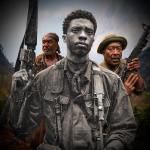 Race and division are on the forefront in today’s polarized society. Through the division, Chadwick Boseman would unite viewers of all gender, ages, and race. And remember, he was achieving this sense of unity all while fighting cancer through his acting and releasing some of his most influential films. Some of the films he released while fighting a terrible disease were Civil War, Marshal, Infinity War, Endgame, Da 5 Bloods.’

He never took a year off, never came forward for pity, and always maintained his cool character whether it was as a host at the NBA Slam Dunk competition or on the red carpet… 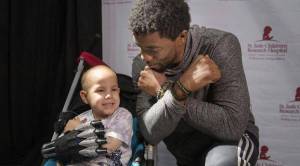 He would visit sick children in hospitals privately knowing he was battling the same
terminal illness along side each of those kids. He was an inspirational and entertaining real life superhero that will be missed. He helped
unite people, care for others, and set a great example for kids (and adults) in the future. He showed us anyone can be a superhero. 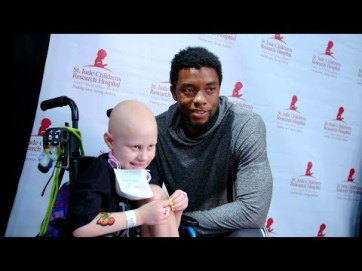 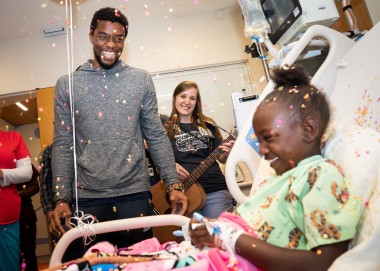